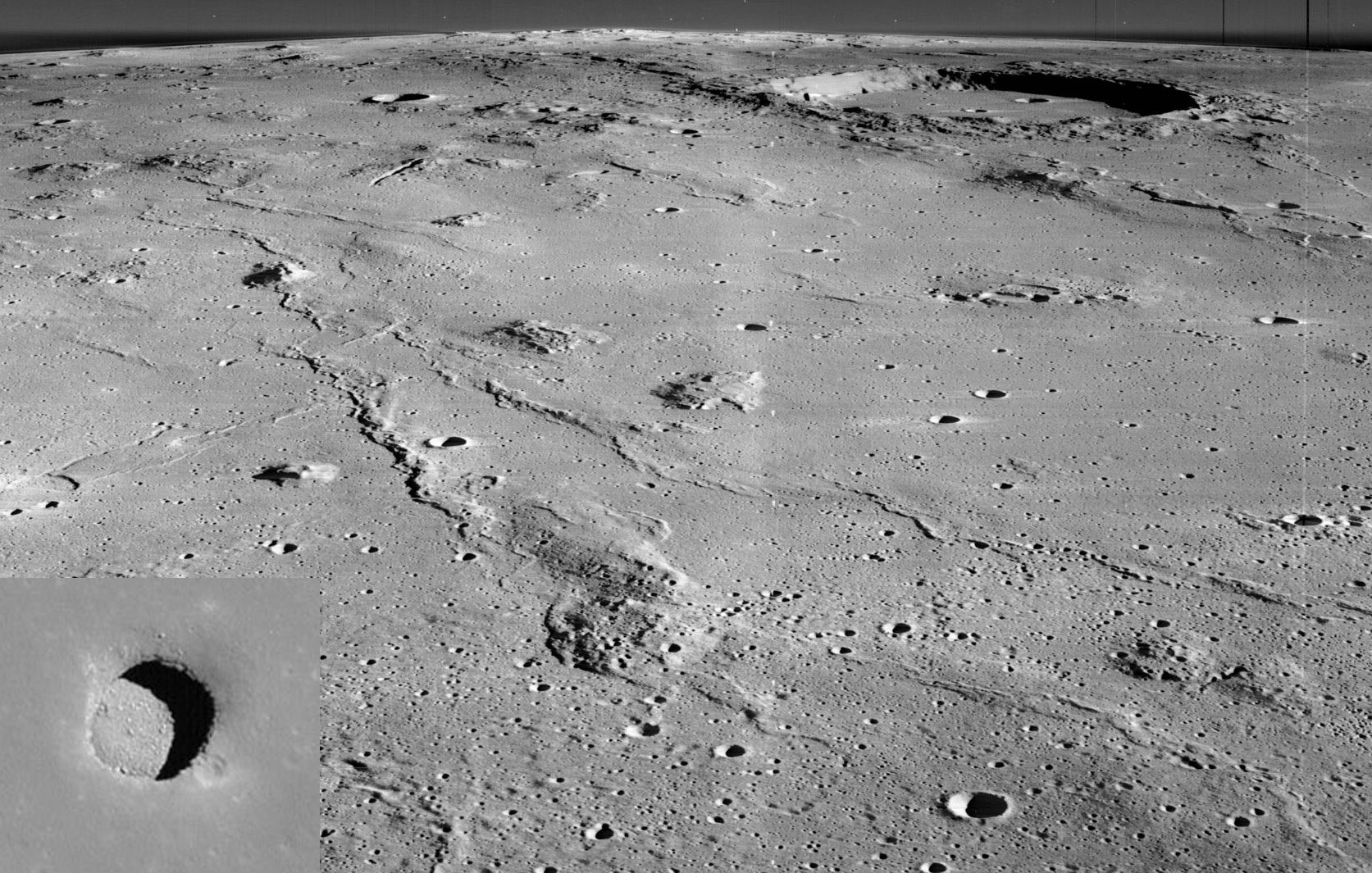 LRO radar image of "hole in the Moon" in the region of Marius Hills.  (Image credit: NASA and Lunar Orbiter 2.  Inset: LRO)

In 2009, Japan's SELENE spacecraft imaged a curious hole in the Lunar surface.  Some follow-ups from the Lunar Reconnaissance Orbiter (LRO) were able to determine that the hole was some 100 meters deep and several hundred meters wide.

Recently, a re-analysis of radar data from SELENE was able to show an unusual secondary echo pattern coming from the region.  These findings indicate a series of underground lava tubes, formed during the Moon's active volcanic period billions of years ago, which extend downward for several kilometers and stretch out perhaps 100 kilometers.

The buzz around this discovery is the possibility of using these caves to house potential Moon colonies -- or even future cities.

Though, of course, these developments are far into the future, I can't pretend I'm not excited at the prospect of my own little Moon-Cave.