Indigenous Water On the Moon 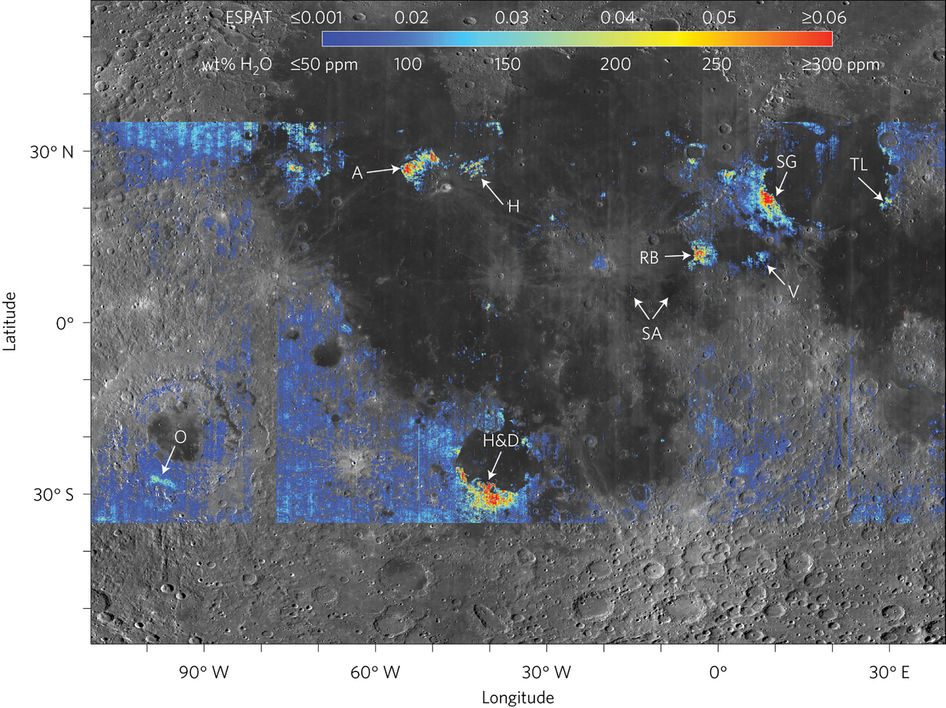 Hot off the press in Nature Geoscience!

Analysis of near-infrared reflectance spectra taken onboard the Chandrayaan-1 Lunar Orbiter has revealed a widespread occurrence of water-bearing pyroclastic material.  These are essentially tiny beads of volcanic glass that form when magma bursts to the Moon's surface and crystallizes into bubbles that trap water inside.

Knowledge of these beads is nothing new -- the Apollo 15 and 17 missions, which landed near areas of volcanic activity, were able to collect similar material containing water.  However, it was unclear if this water was simply an anomaly.

The remote mapping showed that presence of water-containing materials is ubiquitous on the Moon's surface, with high concentrations near potential volcanic vents.  This disproves previous theories that water was merely "carried" to the Moon by meteors or comets, as there were no high concentrations around impact craters.  Instead, this indicates that the origin of the water is most likely from within the Moon itself.

My favorite line, and a thinly-veiled battlecry:

Large pyroclastic deposits may thus be a viable source of water for in situ resource utilization during future lunar surface exploration.


As if we needed any more reason to send people back to the Moon.  I already volunteer.
Labels: Moon