SciFi Through the Ages: The Year Without a Summer 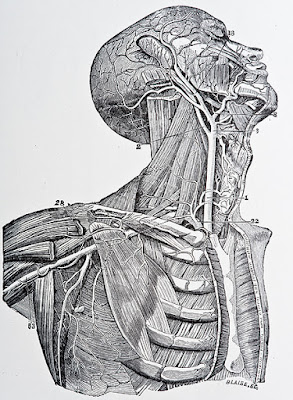 At the close of the 18th century, two Italian scientists were electrocuting frogs.

Luigi Galvani and Alessandro Volta were pioneering the subject of galvanism, studying the effects of electricity on muscle contractions in biological matter.  By touching the legs of a dead frog with a pair of electrodes, they were able to see the legs twitch upward, as though reimbued with life.

1803 was the year that galvanism left the laboratory and entered the public consciousness, when Galvani's nephew, Giovanni Aldini, held a public demonstration in Newgate Prison in London.  By running an electric current through the corpse of an executed criminal, the deceased limbs were seen to be "set in motion", the dead man's hand raising and clenching into a fist, his jaw quivering and contorting, and his eye opening to the attending audience.

1815 was a year that saw one of Earth's most massive and violent volcanic eruptions.  Mount Tambora, on one of the islands of Indonesia, ejected around 160 cubic kilometers(!!) of tephra into the air, temporarily cloaking the planet in a dark, volcanic shroud, deflecting sunlight and darkening skies across the globe.

1816, the year that followed, would come to be known as "The Year Without a Summer": average temperatures dropped, and severe frosts led to agricultural failure and extreme food shortages.

Galvani's frog, Aldini's reanimated criminal, and a world darkened by volcanic ash combined to create the setting.  It was during the purely nominal summer of that year that a teenaged girl lay awake in a darkened villa on Lake Geneva, possessed by ghost stories.


"I saw the pale student of unhallowed arts kneeling beside the thing he had put together. I saw the hideous phantasm of a man stretched out, and then, on the working of some powerful engine, show signs of life, and stir with an uneasy, half vital motion. Frightful must it be; for supremely frightful would be the effect of any human endeavour to mock the stupendous mechanism of the Creator of the world."** (Mary Shelley)

And so Mary Shelley, at 18 years old, brought Frankenstein into the world.

Though her work was originally classified as gothic horror, its direct inspiration from contemporary scientific research has led to it being widely credited as the first true example of a new kind of literature: Science Fiction.

Though future posts will consider earlier works that I consider "proto-science fiction", Frankenstein achieved something no work had before it: the use of story as a laboratory for creatively experimenting with newfound scientific research.  Science fiction invites us to look at our new understanding and ask: "What is possible? And what are the implications?"


Going forward, and in no particular order, I thought it would be a fun addition to this blog to have some posts on science fiction, its connections to the science that inspired it, and the merits of philosophical investigation into scientific topics.  Other blog writers are encouraged to contribute their own musings on their own favorite works or authors as well!

** The author of this post feels a tug of familiarity at this description of "the pale student of unhallowed arts kneeling beside the thing [s]he had put together."  Frightful it is, indeed.
Labels: History scifi