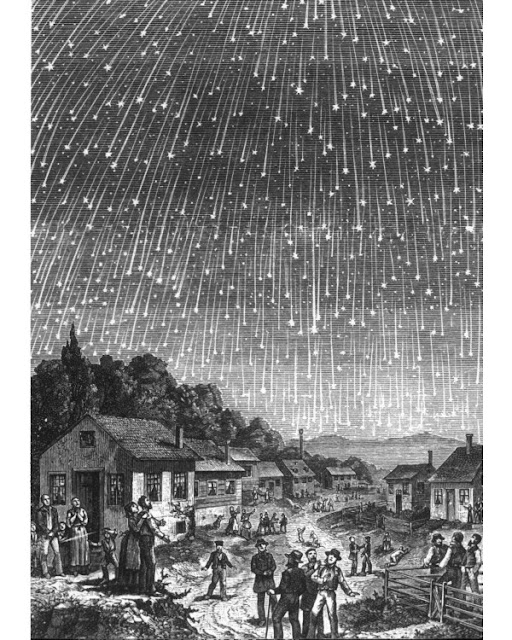 On the night of November 13, 1833, the astronomer Denison Olmsted was awoken by his neighbors and ran outside to a sky alight with over 72,000 meteors an hour -- roughly 20 a second.  This spectacular meteor shower became the subject of several woodcuts, and I find them delightful, so I will put them here. 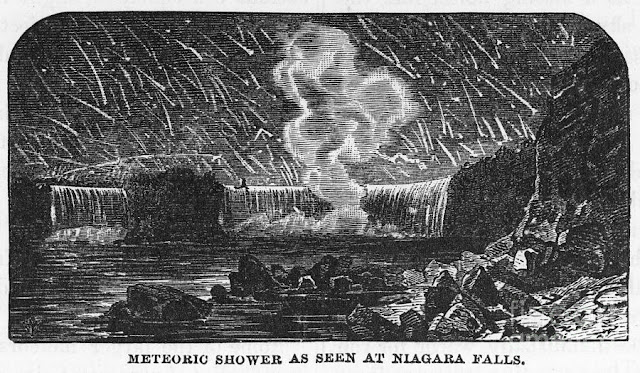 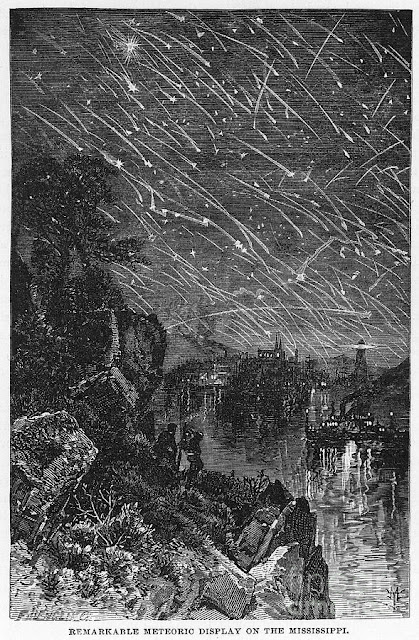 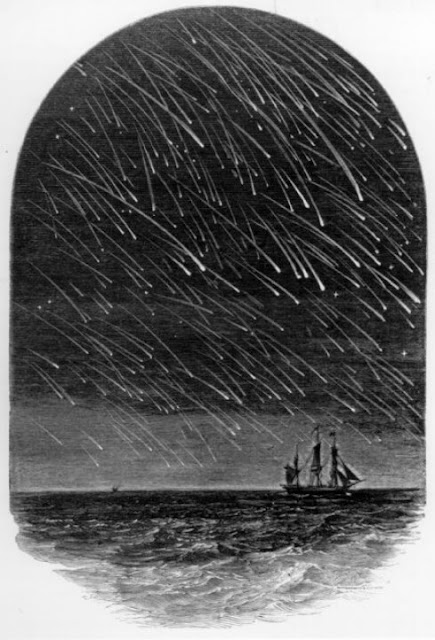 Unfortunately, none of these meteor showers are quite expected to reach the extreme that Olmsted saw in 1833 -- but it's always a good excuse to go watch the night sky.
Labels: meteor