With all these debates about Indigenous Water on the Moon up in the air, I thought it would merit discussing the question:

What DO we know about existing water on the Moon? 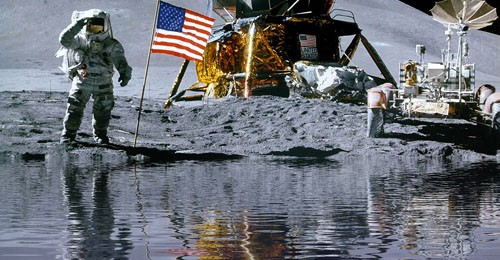 Artist's rendition of my future home.

The first time scientists seriously proposed the idea of water on the Moon was in 1961, when researchers at Caltech speculated that water ice might exist in Permanently Shadowed Regions -- craters located near the poles which are positioned in such a way that their depths are never exposed to sunlight**.  Water deposited by comet and meteor impacts could exist in these regions indefinitely without evaporating. 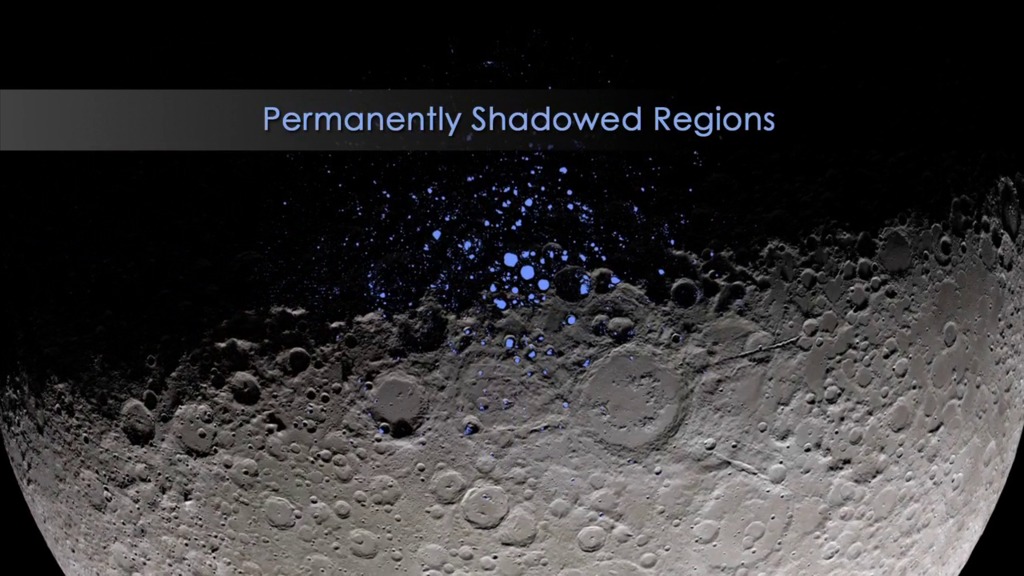 Serious attempts to explore this possibility took several decades, as space exploration was still quite a novelty.  The first solid evidence came around 1994, when NASA's Clementine probe bounced radio waves at the poles, measuring large areas that reflected like ice rather than rock.  This alone was not enough to confirm the existence of water, and so for the next 15 years, the method of investigation was a bit more..... smashy.

In 1998, the Lunar Prospector probe measured the composition of the Moon's regolith.  Lunar Prospector found a high concentration of Hydrogen (in the form Hydroxl) around polar regions, which had the potential of being bound to water -- though it could also have simply been bound to minerals.  To determine which, Lunar Prospector pointed itself at the end of its mission toward the lunar surface.  And crash landed.

The hope was that a crash might "splash" up icy bits into a more easily detectable range -- but Lunar Prospector met its demise without generating any conclusive results.

In 2008, Chandrayaan-1 was launched by the Indian Space Research Organization, intended to use remote sensing equipment to map the lunar surface and its chemical characteristics, with particular attention paid to the polar regions and their potential for ice.  A mini-SAR radar system found more than 40 small craters, ranging from 2-15 km in diameter, that reflected the signature of water ice, found exclusively in the Permanently Shadowed Regions of the poles.  Chandrayaan-1 then deployed a Moon Impact Probe to crash land on the Moon's surface, and this time, there were clear signs that Hydroxl groups existed in this Lunar soil. 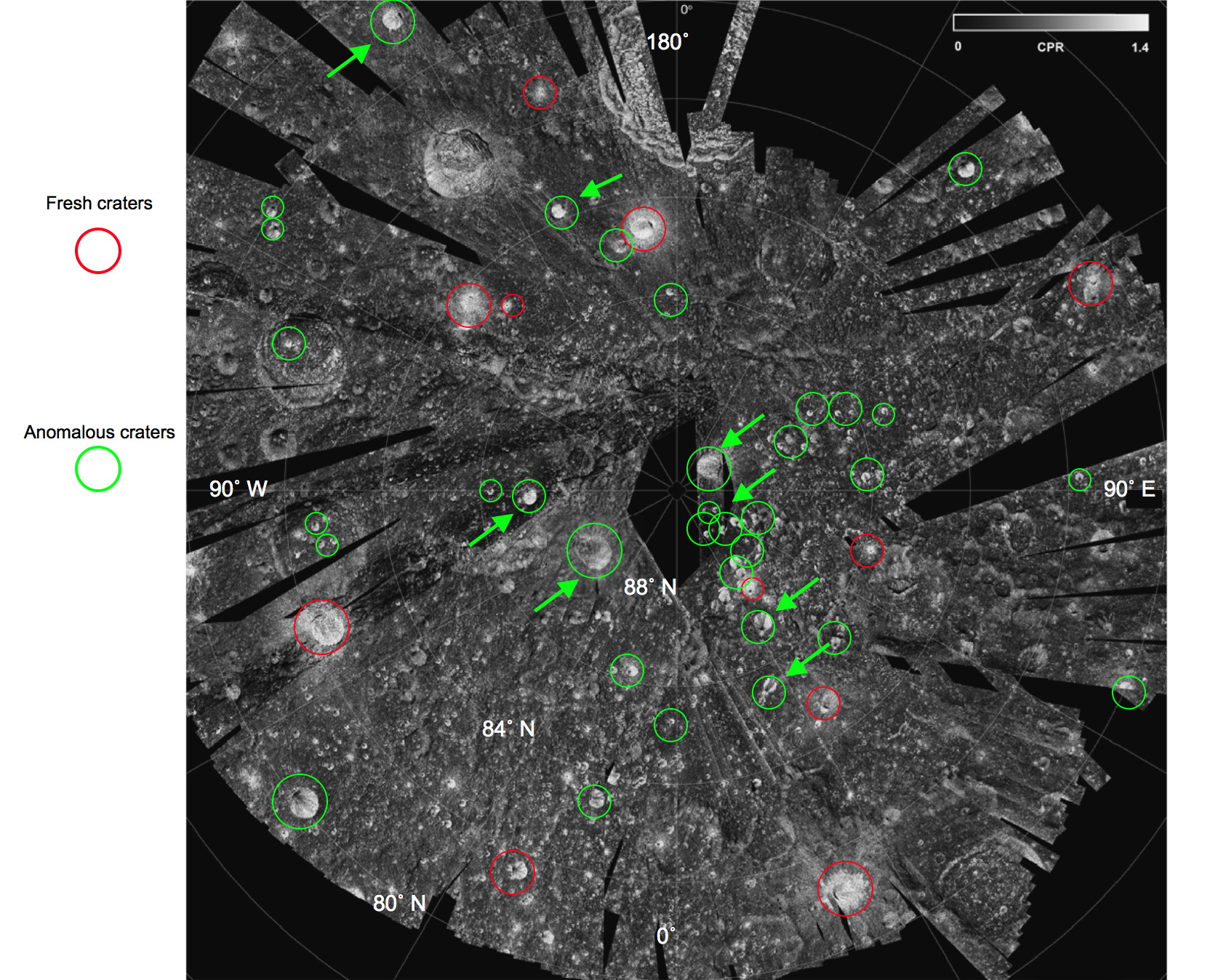 Mini-SAR map of circular polarization ratio (CPR) of the lunar north pole.  This article gives a great description of the process, which I might devote an entire post to in the future.


Eager to smash more things into the Moon settle the Water Debate, NASA launched the Lunar Crater Observation & Sensing Satellite (LCROSS) in 2009, crashing a rocket into a promising polar crater and flying through the resulting debris plume.  What they found was pure, crystalline water ice.

It was estimated that just in that one 20-meter crater, there were close to 100 kg of water ice.  Further analysis of all Permanently Shadowed Regions bump the amount up to around 600 million metric tons of pure water ice.


~~~~~~~~~
** I moved to Tromsø specifically to train myself for these conditions
Labels: History Moon radar