The migratory path of a glove

Have you ever seen an abandonned, lost glove? A single glove that has been dropped or left somewhere. Often they are picked up and put in prominent places, hoping that the owner will one day re-trace their path and see their misplaced item.


Whatever happens to the lost gloves in the world?

Do they ever get re-united with their owner?

Or find the other glove?


On Wednesday 08-Mar-2017, Juha Vierinen and I travelled to the KAIRA research station to carry out site maintenance and collect some data. As we were leaving, I was tasked with locking up the RF-container. As the lock was tricky, I took off my left glove, so I could hold the lock in place. I stuffed the glove between the bar of the container door. But, with the job done, I then moved to the next building... leaving the glove behind.

I had asked a few people if they had seen it, but no. Nothing. I myself had since been to KAIRA and had looked for it, but had not found it anywhere.


Then, on 16-Aug-2017, I was back at KAIRA for another site visit and, by complete chance, happened to spot it.

In the five intervening months, it had drifted with the snow and been blown with the wind some 40 metres to just down from the grey storage container. Here is a photograph of where I found it. 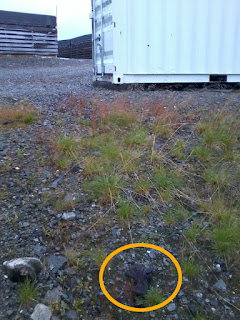 Actually, the path it took was an interesting one, in that it dodged around three containers. I am surprised it didn't get stuck under one of them, nor drift down the side of the mound and into the ditch and silty sands therein. 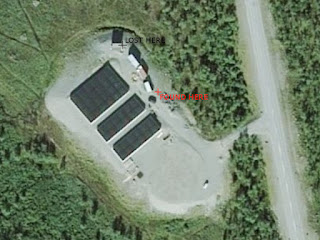 It was travelling southeast... roughly heading in the direction of Sodankylä Geophysical Observatory. However, at the pace of 40m in 5 months, it would likely take over 3000 years to reach its destination.

And, being out in the sunshine - even for only 5 months - it has bleached out a bit. Here is the lost glove (left) happily re-united with its pair. 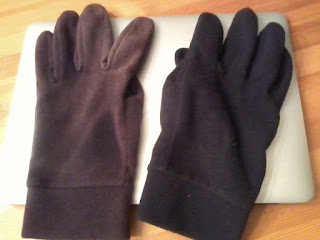 Actually, I'm pretty happy too. I really liked those gloves, so I'm pleased to have them both again. And the variation in colouring now makes for an interesting talking point (or at least web log post!).