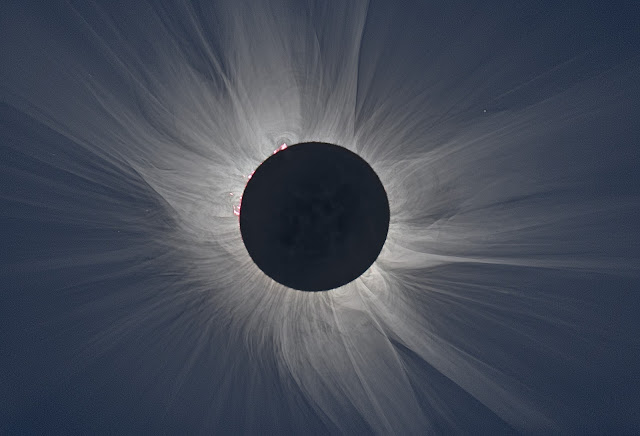 Today (August 21) is a momentous occasion: the 2017 total solar eclipse passing across the United States!

If you, like me, are unable to make it to an opportune viewing area for the eclipse, don’t despair!  NASA has you covered.  They are livestreaming the eclipse at these locations:

The NASA EDGE megacast will start at 15:45 UTC (click here to translate to your time zone).

In addition, the Exploratorium (in San Francisco) has teamed up with NASA to provide a livecast.  Personally, I think this is the one I’ll be watching, since they will feature:
1. A telescope feed from Casper, Wyoming;
2. A telescope feed from Madras, Oregon;
3. A one-hour English language educational eclipse program with scientific explanations by Exploratorium and NASA scientists;
4. A one-hour Spanish language educational eclipse program with scientific explanations by Exploratorium scientists; and
5. a Live performance by Kronos Quartet and eclipse sonification from San Francisco!!  (All this, plus the SF Exploratorium is awesome.)  This feed will begin around 17:00 UTC (translate to your time zone), though perhaps a little earlier.

Happy viewing everyone!  Enjoy the Moon smiling down on you tomorrow!
Labels: Eclipse Moon