SciFi Through the Ages: The Time Machine

"'You must follow me carefully.  I shall have to controvert one or two ideas that are almost universally accepted...'" 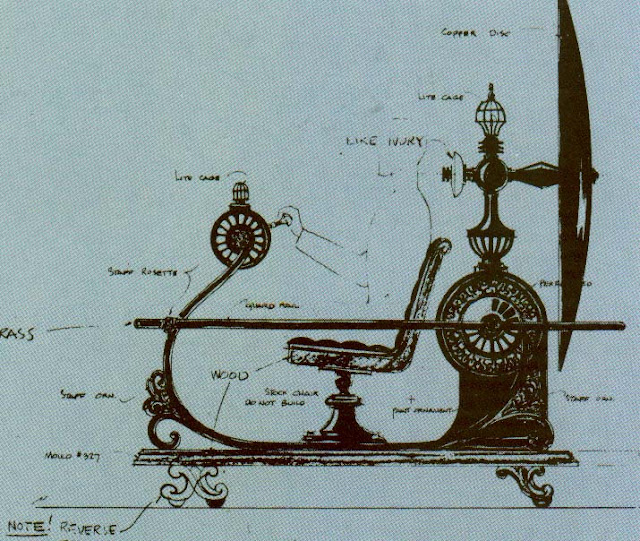 "'Clearly,' the Time Traveller proceeded, 'any real body must have extension in four directions: it must have Length, Breadth, Thickness and -- Duration.  But through a natural infirmity of the flesh, which I will explain to you in a moment, we incline to overlook this fact.  There are really four dimensions, three which we call the three planes of Space, and a fourth, Time.  There is, however, a tendency to draw an unreal distinction between the former three dimensions and the latter, because it happens that our consciousness moves intermittently in one direction along the latter from the beginning to the end of our lives.... There is no difference between Time and any of the three dimensions of Space except that our consciousness moves along it.'"


This is taken from the opening chapter of H.G. Wells' short novella The Time Machine, published in 1895.  That's a full 10 years before Albert Einstein first published his theory of special relativity, and 12 years before Hermann Minkowski carried out the mathematical formalism, explicitly defining the interwoven fabric of both space and time together as one continuum.

This is an example of a different kind of science fiction than what I've written about before: it isn't story influenced by or fancifully speculating on current scientific events, it is more of a contemporaneous stewing on themes that emerge as both story and science.*

This kind of interdisciplinary zeitgeist has always fascinated me.  Was something changing about the collective conception of time that led H.G. Wells to make this leap and Einstein to later nurture scientific understanding?  Perhaps the close of the 19th century was the perfect soil for rethinking such a basic and overlooked precept of human existence -- an era with rapidly accelerating pace and long-established systems and beliefs being challenged.  An era, as stated in the opening of Wells' novel, for universally accepted ideas to be controverted.

And if you haven't read The Time Machine, I recommend picking up a copy.  It's thought-provoking, adventuresome, and downright exciting.  Plus, it runs around only 100 pages.