January 2018 is a treat for Moon-gazers (lunatics?) like myself: a supermoon, a Blue moon, and a total lunar eclipse all within the same month.

On the night of January 30th,  the Moon will be at the closest position in its orbit to Earth (approximately 358,994 kilometers away, as opposed to the average 384,400 km, creating a "supermoon", or full Moon with slightly larger angular size. 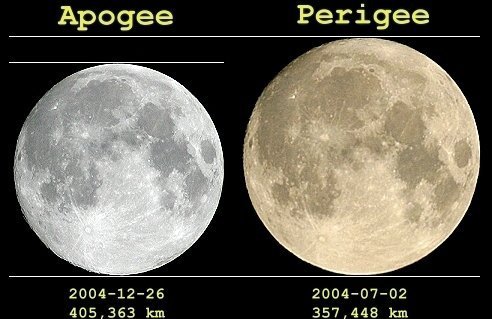 The right-hand Moon shows the apparent size of a "supermoon" (closest approach) compared to a "micromoon" (farthest approach).


But the real showpiece this January is the total lunar eclipse (or "blood moon") occurring during the Blue supermoon, visible 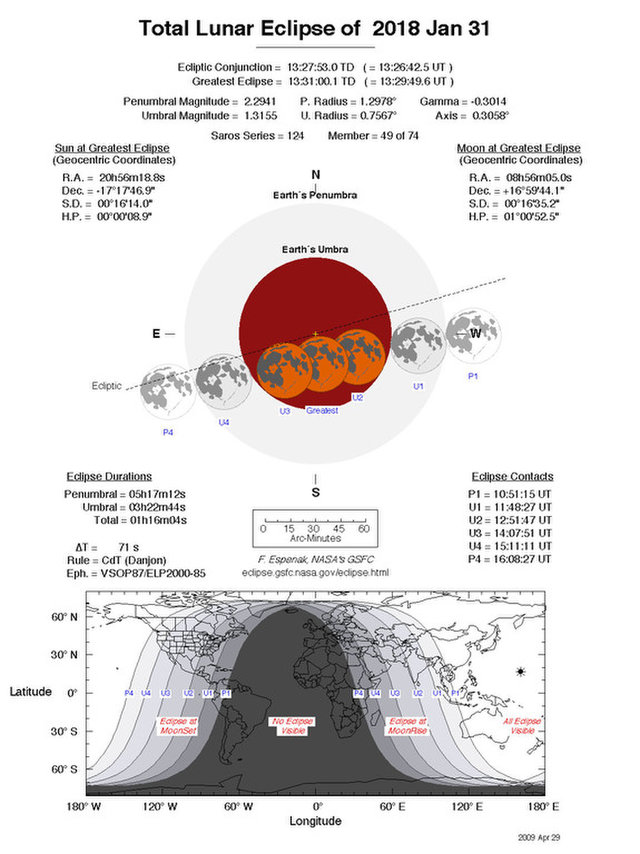 For those of us in Europe, the eclipse will begin before Moonrise, but should still make a dramatic entrance when rising in the afternoon of January 31st.

* A full Moon in the month of January is officially known as the Wolf Moon.  I find full Moon naming conventions fun, so take a look here to read them all.

** Not an indicator of the Moon's pigmentation, but rather thought to be an etymological descendant of an Old English term meaning "betrayer".  It refers to an extra full Moon occurring within a single month.
Labels: Eclipse Moon Space