Shoveling snow under the aurora

Late in january me and 3 other students joined Mikko on a trip up to the field station at Breinosa; the site of the Kjell Henriksen Observatory and the EISCAT Svalbard radar. We were tasked with digging up the field station itself since it was covered in snow up to the ceiling.

The whole ordeal took about 4 hours, as the snow was hard-packed from the icy winds of Svalbard. At these latitudes, the sun won't come back over the horizon until mid-february, so it was completely dark for the most part. Bad for the polar bear-guard, very good for the northern lights-enthusiasts! 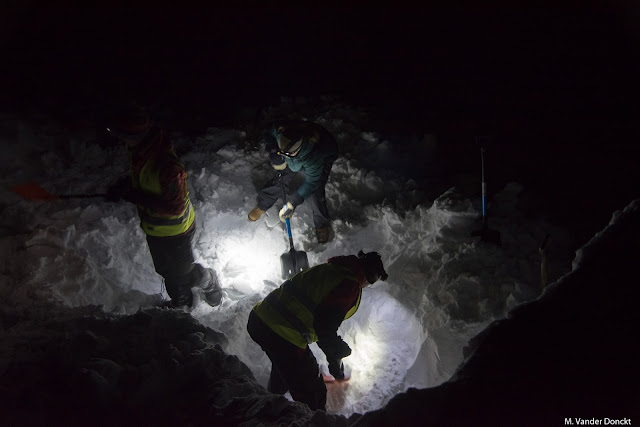 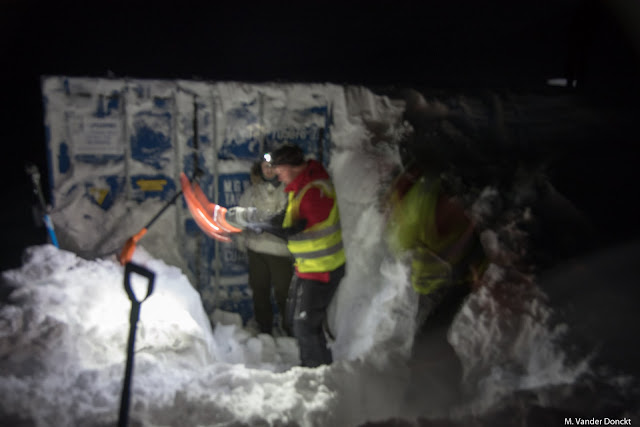 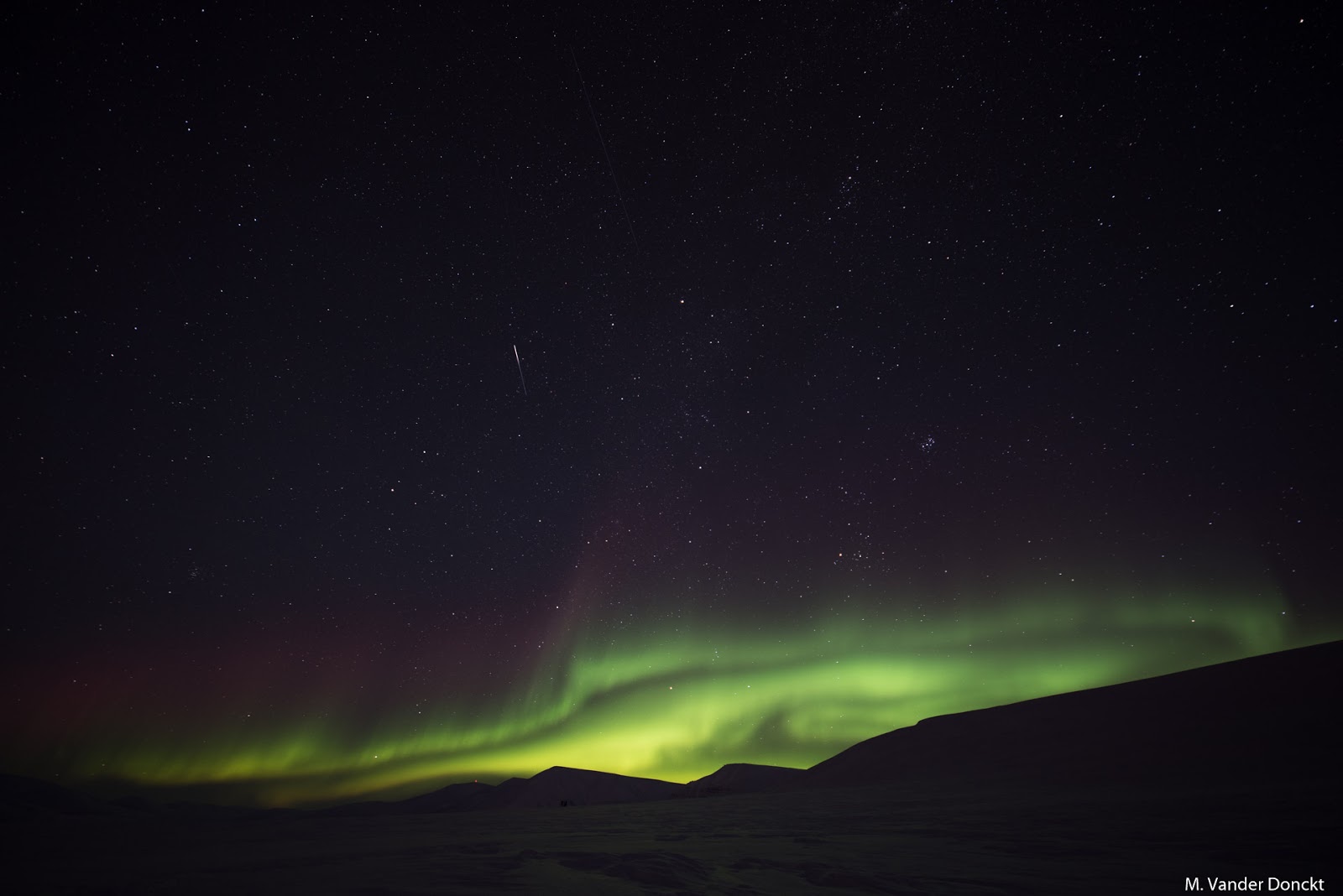 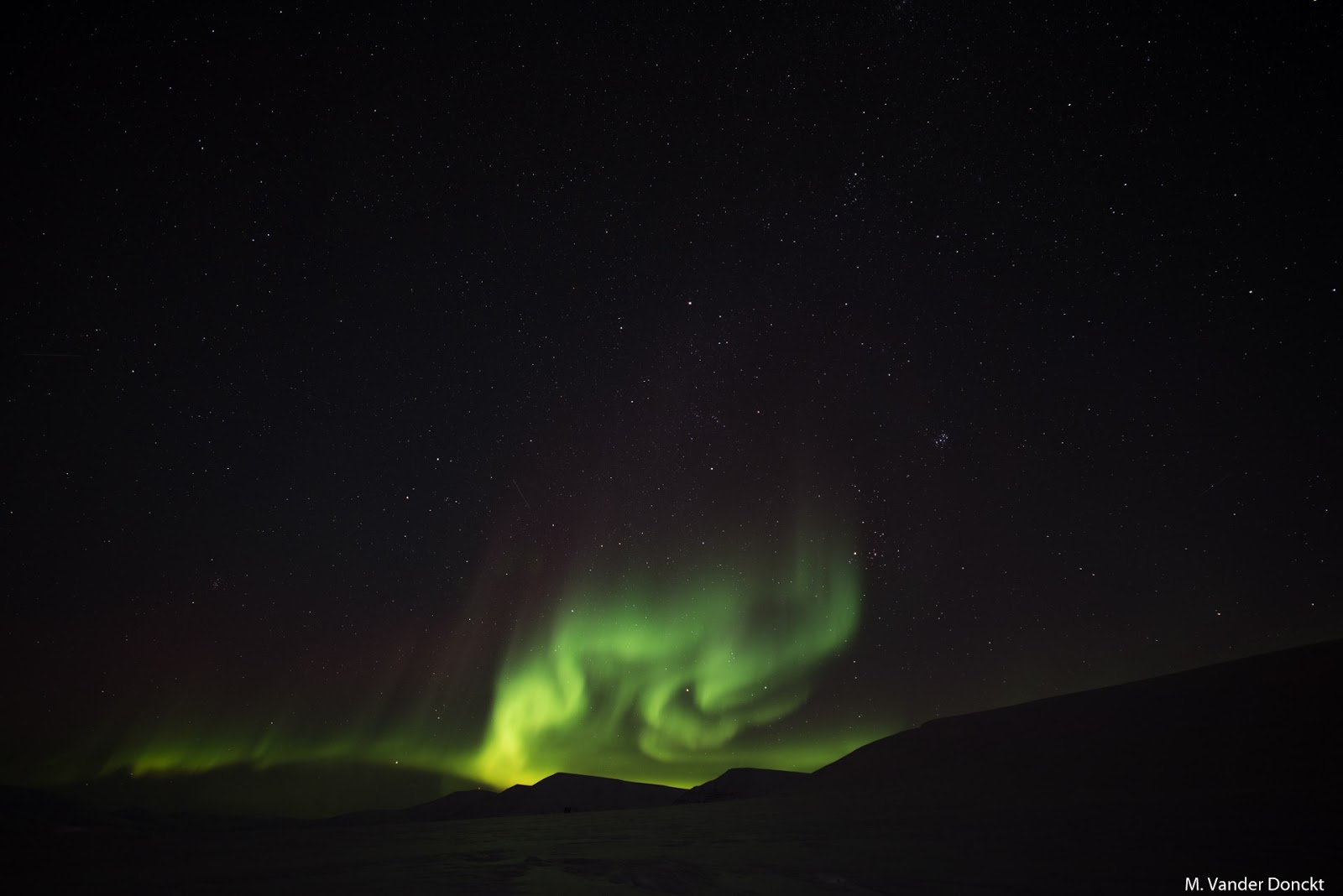 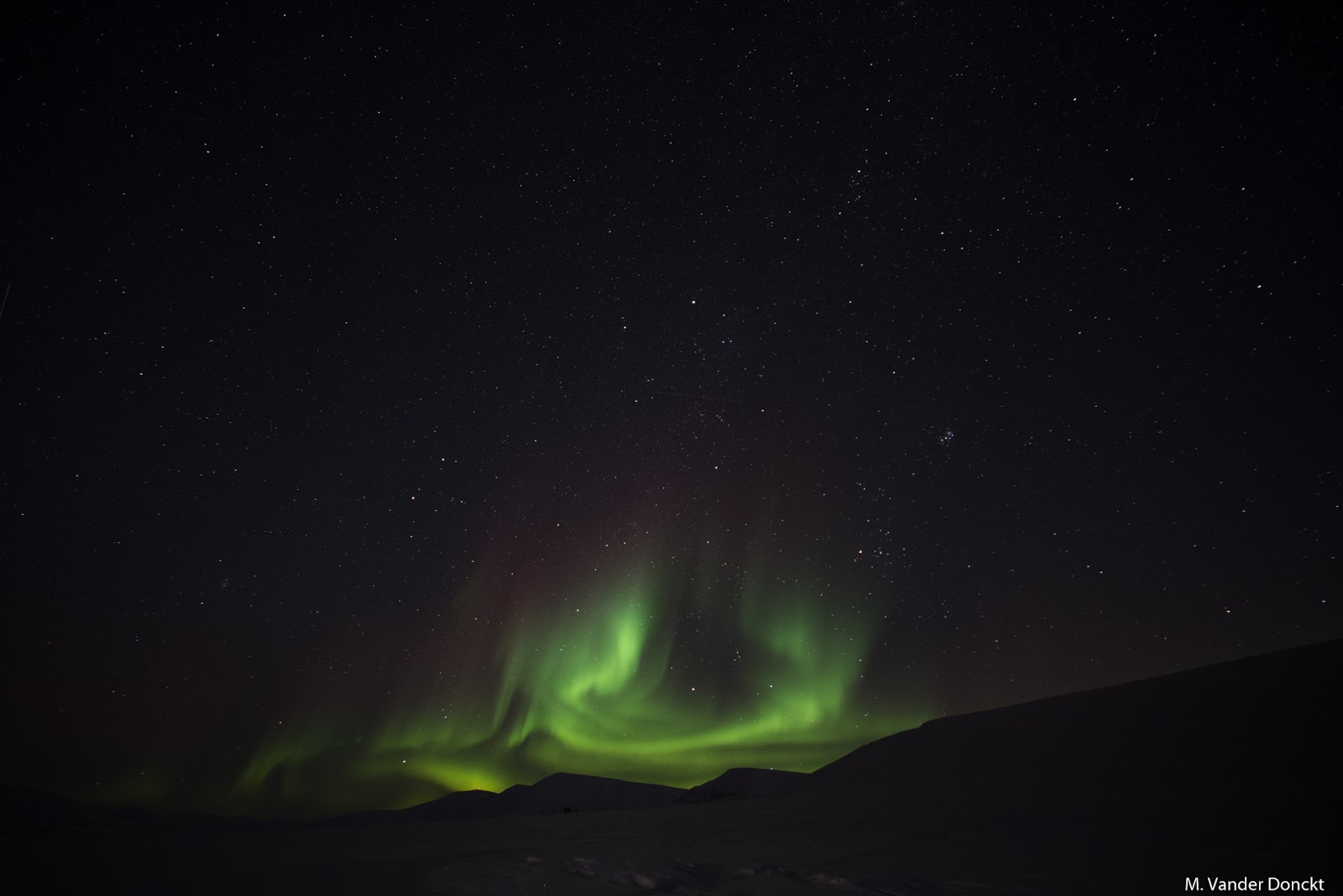